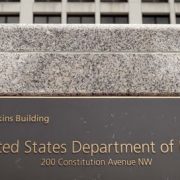 A federal appeals court has rejected an annuities trade group’s request to postpone the implementation deadline for Department of Labor’s fiduciary rule, the latest legal setback for opponents of the controversial regulation.

A three-judge panel at the U.S. Court of Appeals for the D.C. Circuit denied the National Association for Fixed Annuities’ emergency motion to delay the rule, concluding that the group “has not satisfied the stringent requirements for an injunction pending appeal.”

That move follows NAFA’s defeat at a U.S. district court in its bid to overturn the rule, which the group has called an “onerous regulation” that threatens to “jeopardize the future of American retirement.”

Industry members hostile to the new regulation have roundly criticized it as unworkable, and firms have responded in a number of ways, including announcing plans to bar IRA commissions or to establish a dual-track system that retains commissions for large clients but moves smaller investors into fee-based accounts, as Stifel has announced.

NAFA Executive Director Chip Anderson did not immediately respond to a request for comment on the court’s decision or the prospects for the fiduciary rule going forward.

However, when Anderson’s organization filed its emergency motion for an injunction to stay the DoL’s rule for 10 months beyond the scheduled April implementation date, he argued that the regulation was already creating a major compliance burden for his group’s member firms.

“With every passing day NAFA members are incurring excessive and unrecoverable expenses as they attempt to navigate the rule’s byzantine compliance regime,” Anderson said at the time.

“Without this injunction, even if NAFA ultimately prevails on the merits of the case, a win on appeal will only be a Pyrrhic victory,” Anderson said. “The DoL’s dangerous overreach and creation of such an unworkable regulatory landscape poses a glaring and immediate threat to NAFA membership and those it serves as they struggle to address a sea of unknowns and the potential for an environment fraught with private action.”

With the rejection of NAFA’s bid for an injunction, the annuities group could either appeal the ruling to the full D.C. Circuit in an en banc proceeding, or endeavor to bring the matter before the U.S. Supreme Court.

“It’s hard to say what the future will hold for the DoL rule in the other courts,” says Duane Thompson, senior policy analyst at fi360, a fiduciary training firm. “Right now it’s one down, three to go. The only thing that I think could stop the rule completely in its tracks would be a district court decision vacating the rule. This is still a long shot.”

Of course, all of those legal challenges now sit in the shadow of the incoming administration of Donald Trump, who has tapped fast food executive Andrew Puzder to head up the Labor Department. The Trump administration, as well as the Republican-led Congress, is widely seen as likely to take action to delay the regulation or kill it altogether, and industry groups like SIFMA have already signaled their plans to step up lobbying efforts to dismantle the fiduciary rule and other government actions that they oppose.

“I think the most likely outcome for the rule will not be in the courts, but through an executive order by the incoming Trump administration delaying the April 10th compliance deadline, and then undertaking a new rulemaking to either withdraw the current rule or otherwise making significant changes,” Thompson